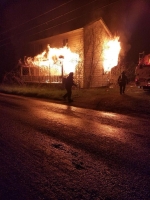 This past Wednesday a young man was working on a house in when he was injured in an accident. He sustained life threatening injuries to his arm while severing several arteries and veins. He was brough...
Read more »
STORM CAUSES FLOODING ISSUES IN THE BOROUGH
Mon. Jul 24th 2017

As storms rolled through the Smithton Area around 21:00, roadways began to flood as calls came in to the 9-1-1 center. Station 17(Smithton) was originally activated for a flooded roadway near the fo...
Read more »
LADDER CALLED TO ASSIST AT DAWSON BORO STRUCTURE FIRE
Thu. Jul 13th 2017 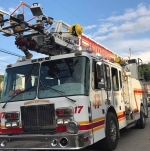 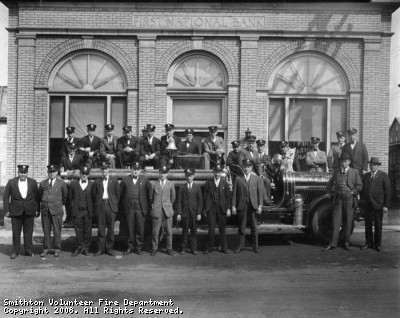 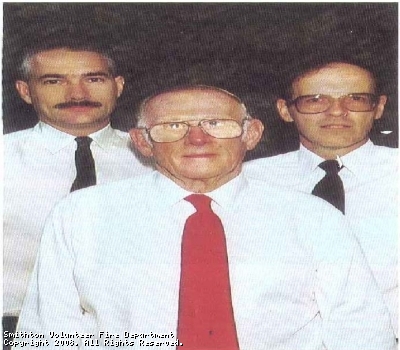 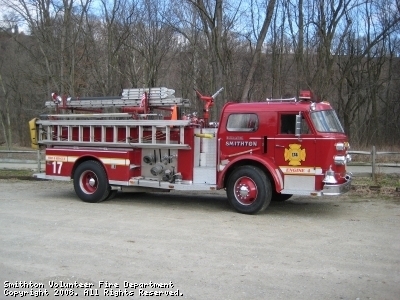 In July of 2008 Engine 17-4 was officially retired and replaced with Station 17's newest addition, Squrt 17. The American LaFrance proudly served the Borough of Smithton and surrounding communities since 1959. It was also the main "sleigh" every December 24th for Santa and all his elves to pass out goodies and treats to the Smithton Area Children. 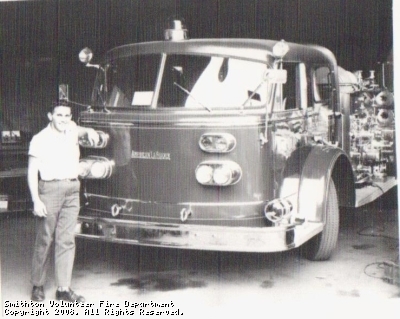 This American LaFrance Fire Engine was bought in 1959.  It was the first new engine purchased by the Smithton Volunteers.  It featured a 750 gpm volume pump and a high pressure pump for use with the booster lines.  In that time frame high pressure pumps were in vogue, designed to use limited amounts of water to prevent excessive water damage.  This picture was taken at the area ALF service center where the unit was being prepared for delivery.
Pictured is Roger A. McGary. 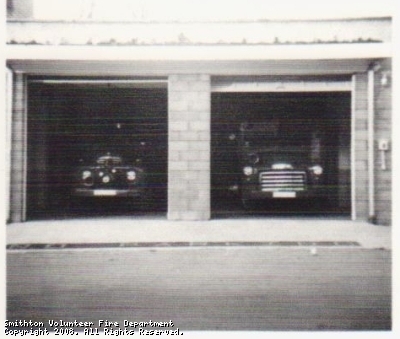 Department members built this two-bay station in the early 1950's. It replaced a wooden structure that was leaning badly.  At the time the only fire engine (on left) was a 1948 Ford with a 250 gpm front mount pump.  In 1957 Valentines Dairy donated the vehicle seen in the right bay.  It was a milk delivery truck.  Seen below, firefighters converted the unit into a utility vehicle.
Pictured working on the unit are Bill Keedy (front) and Bill Beers. 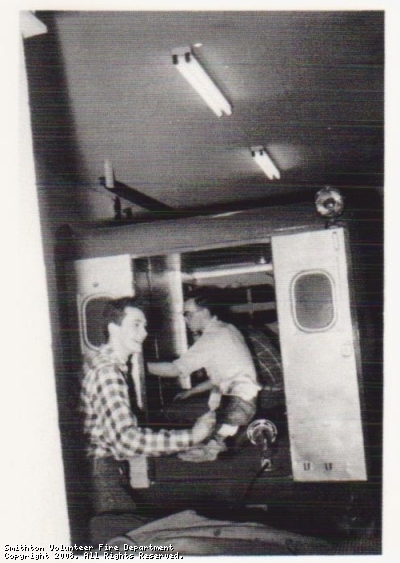 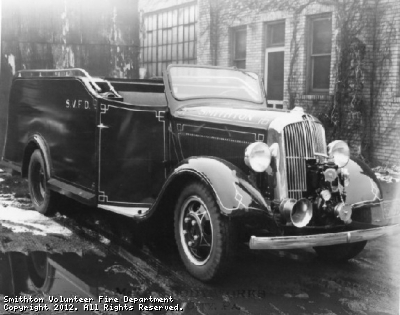 Do you have historic SVFD Photos?

We would love to see these photos and share them on this site.

Copyright © 2006-2021. YourFirstDue Inc. All Rights Reserved. Designated trademarks and brands are the property of their respective owners. Content on this web site is supplied by Smithton Volunteer Fire Department. YourFirstDue Inc. cannot be held responsible or liable for any content, text, pictures, or any other media found on this web site. Maintained by the members and staff of Smithton Volunteer Fire Department.
Management Login
Powered by